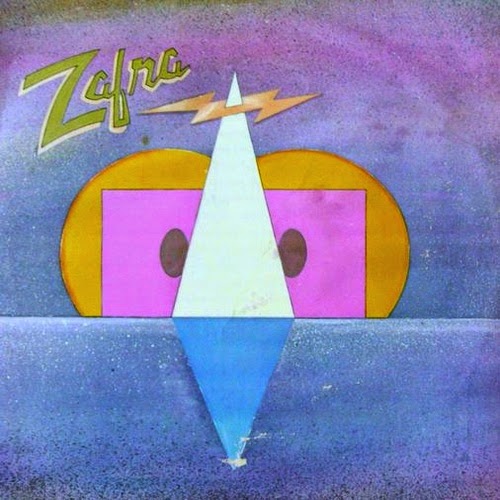 The one and only album from this Mexican band.

I know absolute nothing about this band. But I detect a lineup of saxophones, piano, guitars, keyboards, percussion, bass, drums and Spanish vocals.

This album, the LP, is very rare and very sought after by collectors. For the rest of us, Youtube comes into play....

This album and band still deserve some attention. Attention hereby given.

Zafra plays a mix of Mexican folk, hard rock, pop and symphonic prog. Their music can and should be compared a lot with the Italian symph prog scene. Both Banco and PFM springs to mind.

The sound is very bad though. The band did not use much pesos on this recording. The music they tried to record is and was far too ambitious for the type of budgets they operated with.

The vocals is really good and the other musicians tries their best on material which is not the best and with a sound which is not doing these songs any justice.

This thirty-five minutes long album is still a half decent album and not a turkey. Would I pay top dollar for this LP ? No. Check it out if you want.

Posted by Torodd Fuglesteg at 06:04
Email ThisBlogThis!Share to TwitterShare to FacebookShare to Pinterest