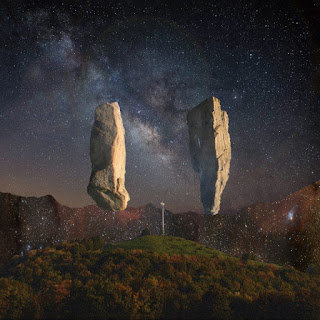 The band is a quintet with a lineup of drums, bass, guitars and synths.

I reviewed their 2018 debut album The Hill AC some time ago and was not won over. Their take on spaced out krautrock did not win me over.

We are still in the space rock universe.

The music is pretty noisy with lots of guitars. A lot of distorted guitars too.

The album has three songs and the full play length is forty minutes. Which is about right for an album with this kind of music.

This album just falls short but it is still an album well worth checking out.