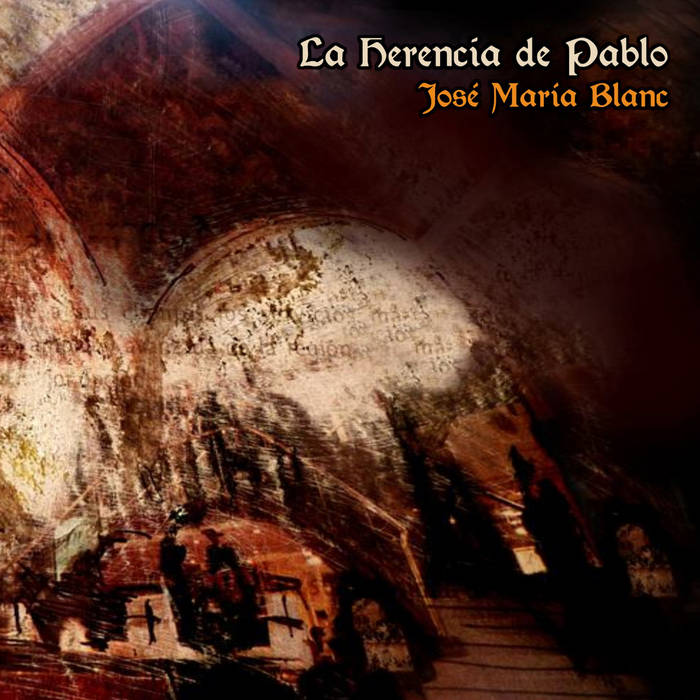 The debut album from this Argentine artist.

Jose Maria's band is a trio with a lineup of keyboards, guitars and Spanish vocals.
Five other musicians provided bass, drums and vocals.

Jose Maria Blanc was the keyboards player in the pretty legendary Argentine band Pablo El Enterrador. Their debut album was really good and you can read my review of it here. The band also released two more albums before they gave up the ghost. The debut album is their classic album, though.

I am not sure what happened. I think the guy called Pablo, Omar Lopez, passed away because the album title loosely means "the heritage of Pablo". The three other members of this band is involved in this album and plays on it.

For those of you who know and liked Pablo El Enterrador, this album will come as a pleasant surprise. I was surprised by both this album and the music on it.

There is not much of technical details on this album. But it has a nice, cosy feeling and the music is really good throughout. It is bordering to very good, this album. But just. This album should be checked out.

Posted by Torodd Fuglesteg at 11:50
Email ThisBlogThis!Share to TwitterShare to FacebookShare to Pinterest