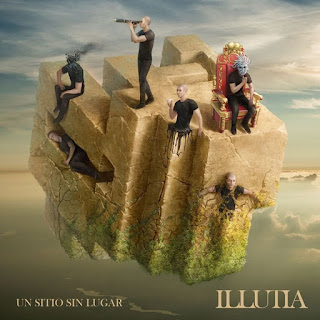 The band is a quartet with a lineup of drums, bass, guitars, synths, piano and Spanish vocals.

This band is new to me. The band and this album is also a proof that the prog rock scene in Argentina is alive and well. Another proof actually as I did review another debut album from this scene not many days ago.

The music on this album is a mix of neo-prog and Latin-American symphonic prog.

That means some Latin-American folk and jazz incorporated in some Genesis like symphonic prog and some Pendragon like neo-prog.

There are also some more pastoral music here.

The Spanish vocals, which btw is really good, add some exotic colours to this album in a scene where English is the dominant language. I think we need more Spanish vocals in the scene.

The synths and the guitars are also good. There are some really cool guitar solos here.

This album is a good debut album and a good album in it's own right. It is well worth checking out.


Posted by Torodd Fuglesteg at 08:16
Email ThisBlogThis!Share to TwitterShare to FacebookShare to Pinterest