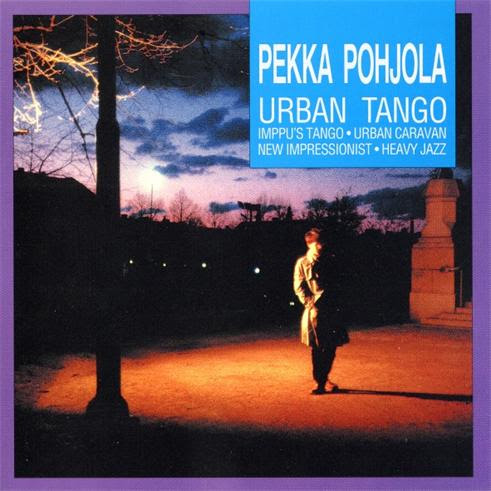 The sixth album from this artist from Finland.

Pekka Pohjola on bass and keyboards had help from a sextet who provided drums, guitars, synths, keyboards, mandolin and vocals.

After his first five album, of whom three of them can be regarded as great albums, Pekka has entered the 1990s and it's sound and values.

Four long compositions lasting altogether forty-eight minutes is what we get here.

And yes, there is some tango here. And there is also some jazz blended with cinematic and movie soundtrack music.On the three first composition, that is.

None of them are that interesting. They are lacking in quality, I am afraid to report.They are too slick and they reminds me about a movie soundtrack for a rather second rate TV series.

The final composition is a song with vocals and all that. It is a mix of AOR and a musical song. It is not too bad, though.

This album is nowhere near as good as his previous three albums. It is still a decent album though. But I am now wondering where the next album is taking me as I am reviewing all his albums.