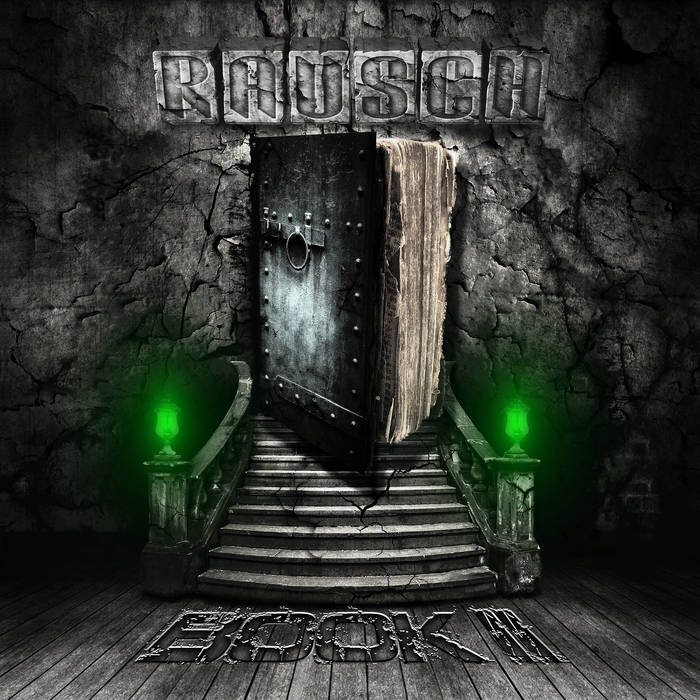 Rausch is a quartet with a lineup of piano, bass, guitars and vocals.
The band got help from Mark Zander (Fates Warning), Ryo Okumoto (Spock's Beard) and Brendt Allman (Shadow Gallery) on various other instruments.

This band is Doug Rauch (piano, vocals) own band. Hence the band-name.
Their first album, Book I, was released back in 2009 without much fanfare. Both albums are Bandcamp albums and that is a smart choice.

It seems like Doug is really throwing a lot of weight behind Book II as it has got a lot of blurb and promo activities. Which is a very good thing and I wish him well.

The music on this album is a mix of progressive rock and pomp rock. There is some notable of Queen references here and a lot of US symphonic prog references.

Doug and his piano is, together with the keyboards and guitars, also going down the ballads and epic pomp rock avenues here. There is a lot of drama and tears flowing through this album.

That does not mean that this is a bad album. Far from it. This one hour long album is actually a good album. The songs are flowing nicely and the vocals are really good. There is also a lot of very good details here. Yes, this is a US progressive rock and pomp rock album. Big is better, in other words. Nevertheless, this is a good album. Check it out.

Posted by Torodd Fuglesteg at 03:50
Email ThisBlogThis!Share to TwitterShare to FacebookShare to Pinterest