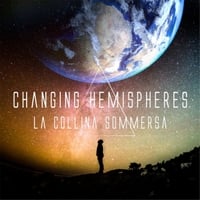 The band is a quartet with a lineup of guitars, keyboards, bass, drums and vocals.

La Collina Sommersa is another new band from Italy. A country which has given us a lot of great progressive rock bands.

The band is not a run of the mill band, though. The band has stated that they intend to give us music which combines the brutality of Opeth with classic progressive rock.

Music wise, this album is a mixed bag. The vocals is at times pretty bad and the guitar sound is far from good.

There is a lot of decent stuff here and some may enjoy this album. The band has not delivered a good debut album. But I think there is still hope here and would recommend them to continue.

Posted by Torodd Fuglesteg at 05:16
Email ThisBlogThis!Share to TwitterShare to FacebookShare to Pinterest