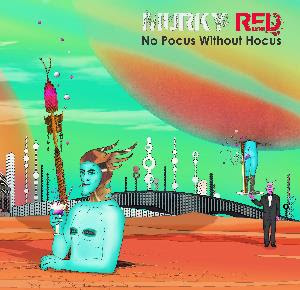 The second album from this band from Belgium.

The band was a sextet with a lineup of percussion, drums, bass, guitars, keyboards and vocals.

This band is lead by Mr and Mrs Fleming. The late Colin Tench was the producer and contributed with a guitar solo on one of the tracks.

I reviewed their 2012 debut album Time Doesn't Matter for # 1 of this blog back in December 2012. An album I really liked.

The band moved on and got a slightly different sound and music on this album.

I would label this album as dark rock.

Take Nick Cave, Peter Hammill and Van Der Graaf Generator, add some King Crimson and add some neo-prog. That is is more or less what you get here.

The album is songs orientated and the vocals are pretty dark.

The music is decent to good throughout. There are some flashes of good music throughout. But not many enough.

This album is a pretty unique album and is well worth checking out.

Posted by Torodd Fuglesteg at 05:05
Email ThisBlogThis!Share to TwitterShare to FacebookShare to Pinterest