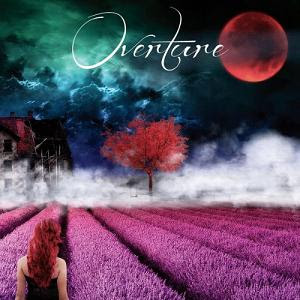 Overture is a sextet with a lineup of flute, bass, drums, guitars, keyboards and vocals.

I know absolute nothing about this band so please forgive me that I am not able to give any background on this self-published album. To get this album, you have to contact them on the link above.

The band plays a modern, prog-metal influenced take on Rock Progressive Italiano... RPI in short.
The flutes and the gentle keyboards points in the direction of RPI....

It is indeed a RPI album. Half of the male vocals are in English and the rest are in Italian.

The vocals are not that great, though. The sound is OK.

The songs on this fifty minutes long album are all pretty long. The longest one is clocking out at forteen minutes. The is a lot of good details here.

The guitar sound is pretty bad, though. It has this 1990s feel and that is not a good thing. That is the annoying thing about this album. That and the not so good vocals.

Nevertheless, this is a good album and worth checking out. The band deserves a lot more world wide attention than it has got. Don't be so shy, Overture.


Posted by Torodd Fuglesteg at 07:23
Email ThisBlogThis!Share to TwitterShare to FacebookShare to Pinterest