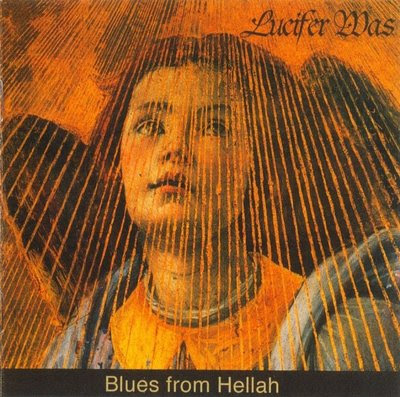 Thore Engen on guitars is the main man in Lucifer Was and had a lot of guest musicians on woodwinds, drums, percussion, mellotron, keyboards, bass, strings and vocals.

This band has always been flying under the radar in Norway. Not heavy enough to attract the heavy metal fans and too heavy to attract the prog rock and rock fans.

Their first two albums was somewhere in the borderlands between Jethro Tull and Black Sabbath.

There is a lot of instruments on this album and a lot of noise.

And the music is hard, hard rock. Not heavy, but hard.

There is also a lot of progressive folk rock here. And some symphonic prog.

The sound is like a 1970s hard rock band with prog rock influences. And there was some bands in that vein both in Norway and in particular England and Wales during the 1970s.

The music on Blues From Hellah is also melodic with a some good hooks and ideas. Lots of them, in my view.

The music is also full of good guitars and the vocals, although with a heavy accent, is also very good.

It is the type of music who brings on the smile on the face of those who likes the 1970s. This is a retro-fest, yes. It is also a good album from a good band.