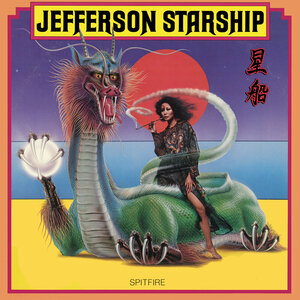 Grace Slick, Paul Kantner and Marty Balin was still involved in the band.

This album is the follow up to the chart topping Red Octopus from the year before. Spitfire also charted and became a best selling album.

Spitfire also sees the band departs from the psych rock sound they had in Jefferson Airplane and on their first album.

The music on Spitfire is at times very commercial rock where the easy solutions is preferred instead of making real good music.

There are some southern rock and some stadium rock here. Indeed, there is even some country 'n' western here. There is still a lot of psych rock here though.

We get the normal female and male vocal harmonies. That has not changed.

Despite of this being a chart topping album, the artistic value is paltry and dubious. It is a decent album but only that. You have been warned.


Posted by Torodd Fuglesteg at 02:59
Email ThisBlogThis!Share to TwitterShare to FacebookShare to Pinterest