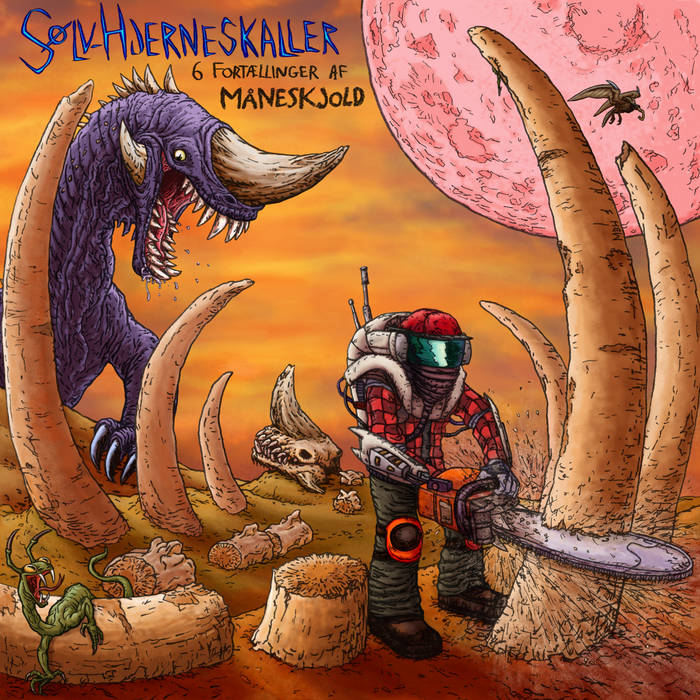 The second album from this band from Denmark.

The band is a quartet with a lineup of drums, bass, guitars, synths, flute and vocals.

I very much liked their 2016 debut album Kometen Kommer and was looking forward to review this album.

The name of the album means Silverbrains in English.

The music is fittingly enough space rock with some psychedelia and hard rock included.

The guitars and bass is everywhere. The music is pretty melodic as it has a lot of hard rock and psych incorporated.

There is no great songs here. But the album is nicely working out fine during the forty-five minutes it's last.

It is good to see so many new space rock bands these days. Maneskjold is one of the better ones from Scandinavia.

Posted by Torodd Fuglesteg at 06:58
Email ThisBlogThis!Share to TwitterShare to FacebookShare to Pinterest