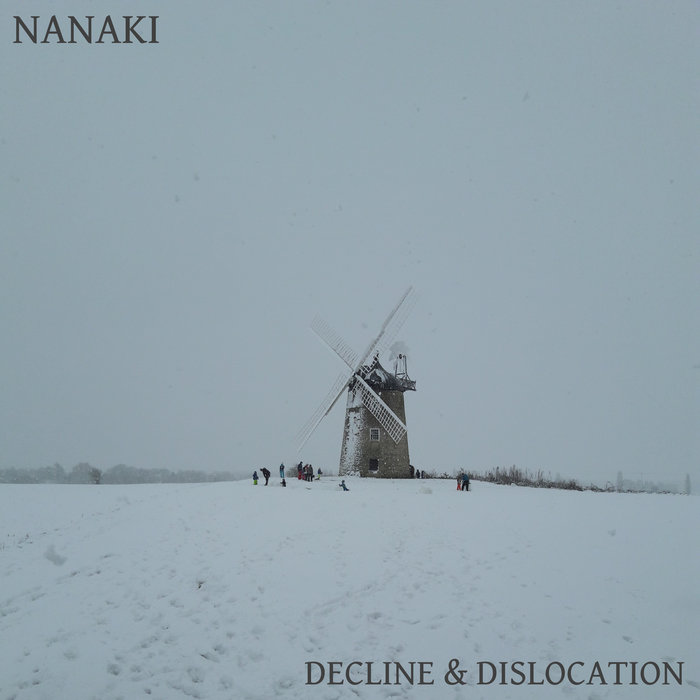 The third album from this Isle Of Man, UK based band.

Nanaki is now a one man band with a lineup of guitars, bass, drums and programming.

Michael Daugherty is the sole remaining band member of this band who has had a lot of members in their life. The problem with Isle Of Man is that it is a small island in the middle of the Irish Sea. So people tends to move to and from this island.

Michael Daugherty has also release two other name-your-price albums through Bandcamp and I am now downloading.... Reviews to follow later this year or so.

Nanaki is a post-rock band and one of the better bands/projects in the scene according to the post-rock press.

There is a lot of dynamics on this one hour long album. Lots of ebbs and flows. Lots of guitar walls. There is also lots of soundscapes and melodies here.

The music also has some nice small acoustic pieces and melody lines. Those are adding a lot of colours to this album. Necessary colours in a bleak, desolate landscape.

Post-rock fans has already got this album, is my guess. For the rest of us who are not into this album... this album offers up some really good music. I rate this as a good album and one to really enjoy.


Posted by Torodd Fuglesteg at 07:56
Email ThisBlogThis!Share to TwitterShare to FacebookShare to Pinterest