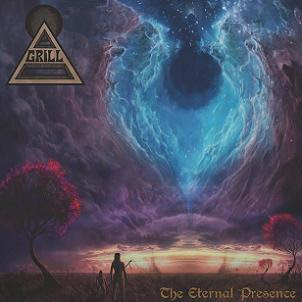 Grill is a quartet with a lineup of guitars, bass, drums and vocals.

Grill is one of the new bands from Sydney, Australia. There is a new dawn in that city in the shadows of the Opera House and that harbour bridge.

This album is only a couple of weeks old and I have been scratching my head over it during the last week.

This forty minutes long album starts out as a funky jazz/fusion album before it makes a sharp turn towards metal and becomes a metal album. Or is it a metal album ? The more symph prog elements also throws the listener, the chasing audience, of the scent and into a state of confusion.
The vocals also range from prog metal vocals to AOR and death grunts vocals.

Experimental metal and post metal is the genre I would put this album under. A label full of various sins. Something this album proves.

The musicians is doing their best on a pretty confusing album, one piece of music. This album therefore sounds fresh and very youthful.

The quality is somewhere between decent and good. It is still an album well worth checking out for those who likes to be moved and challenged. Not to mention; confused.

Posted by Torodd Fuglesteg at 11:08
Email ThisBlogThis!Share to TwitterShare to FacebookShare to Pinterest