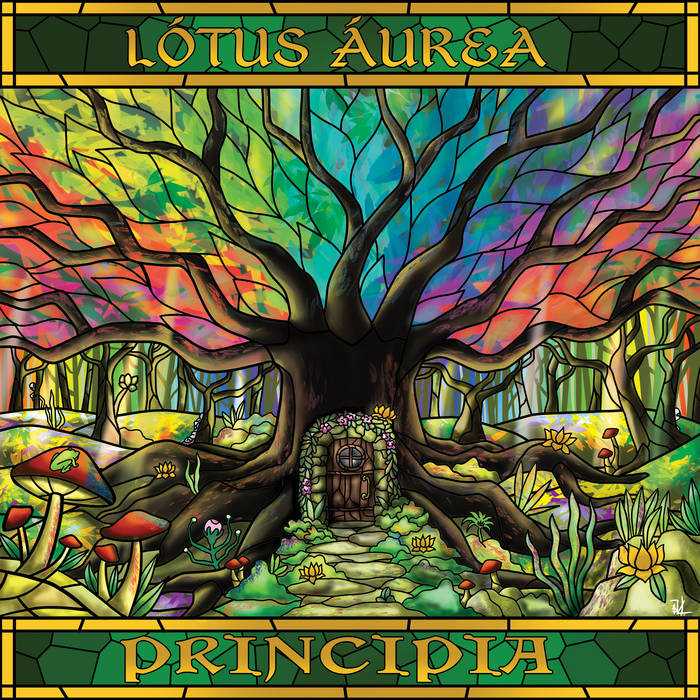 Lotus Aurea is a quintet with a lineup of drums, bass, guitars, piano, synths and female vocals.

The band has just released this album through Bandcamp (see link over) and it landed on my desk some weeks ago.

I have to admit that the cover art-work made caught my attention as it is a valuable addition to my blog. Yes, I want the blog to look good, too. Cover art-works still make a difference even with MP3 files.

I am very interested in progressive rock from Brazil and the other countries in South America. The vocals seems to be in Portoguese too. The vocals is not particular good, btw. Ditto for the guitars, btw.

The music is a mix of folk, psych, eclectic and prog metal. The music is melodic, but with some eclectic twists and turns.

This forty minutes long album is typical for a Brazilian progressive rock album as it has the sound from the 1970s. That was a decade with some really great Brazilian prog rock bands. Lotus Aurea is following in that trend.

The music is not particular good. The reason is the bad guitars and a bit bad sound. It is nevertheless an album somewhere between decent and good. It is an album the band can build and grow on. Check it out.

Posted by Torodd Fuglesteg at 05:02
Email ThisBlogThis!Share to TwitterShare to FacebookShare to Pinterest