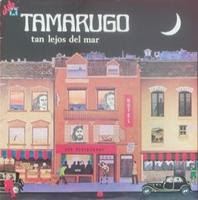 The one and only album from this band from Chile.

The band is a trio with a lineup of bass, guitars, woodwinds, keyboards and Spanish vocals.

This band released this album before they broke up again.

The band were a folk rock band in the same scene as Los Jaivas and Congresso. The scene was leaning towards progressive rock and fusion.

That very much goes for this band too. And this album.

Take Caravan and add some more folk rock. Folk rock from the Andes region, that is.

The music is pretty melodic with a jazzy, Canterbury scene feel.

The music is also pretty quirky and full of interesting details.

This is indeed an interesting forty minutes long album with a mix of decent and good songs. Fans of folk rock should check out this album as the sound is good and there is enough music here to make everyone happy.