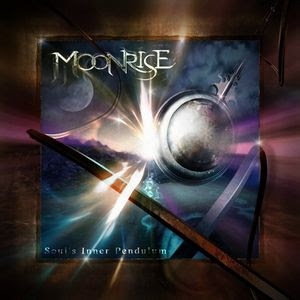 The second album from this band from Poland.

The band is a quartet with a lineup of drums, bass, guitars, keyboards, saxophone and vocals.

The band was helped by a pair of guests who contributed vocals and bass to this album.

This band is Kamil Konieczniak's band and he does most instruments here.

The band's 2008 debut album The Light Of A Distant Bay was a very good debut album. So I had hopes for this album. High hopes.

That is Polish neo-prog with a lot of flowery symphonic prog influences. The songs, although vocals focused, is pretty long and full of intricate details.

The music on this album is colourful and flowery. The music is not as melancholic as most albums from Poland. It still have a lot of soul.

The music is really melodic and with a lot of guitar solos and harmonies.

Moonrise has again given us a very good album and I have really taken notice of this band. Moonrise is one of the best neo-prog band from Poland and that says a lot.

Posted by Torodd Fuglesteg at 08:33
Email ThisBlogThis!Share to TwitterShare to FacebookShare to Pinterest