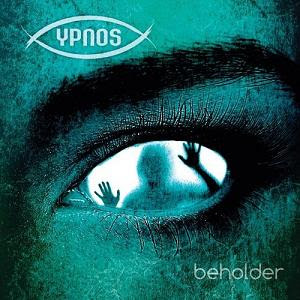 Ypnos was a quintet with a lineup of keyboards, bass, guitars, drums and vocals.

This Italian band has not exactly set the world on fire since they released this album in September 2017. The reason may be that the progressive metal scene is overpopulated with new albums and bands at the moment. I get too many offers for progressive metal promos I am turning down.

Some of the music is pretty poppy and pop music orientated. The music is not as heavy as I feared.... I am not a big fan of metal any longer.

Ypnos vocalist Christian Peretto is their best asset. His vocals is at times very good...... and very the progressive metal formula based. That is a big asset for the band.

The songs are not that bad. The art of good songwriting has eluded this band, though. There are some good stuff on these fifty minutes. But not enough to really make this a good album.

This is a decent album but nothing more than that. Progressive metal fans will lap this up like a cat is lapping up a bowl of milk.

Posted by Torodd Fuglesteg at 09:37
Email ThisBlogThis!Share to TwitterShare to FacebookShare to Pinterest