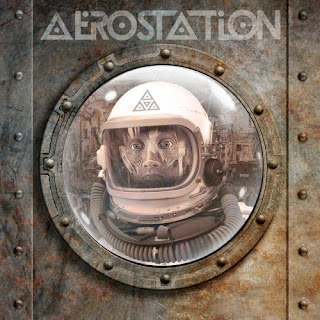 The band is a duo, I believe. They do the drums, keyboards, guitars and vocals themselves. They have also hired guest musicians on bass and drums.
That is what I believe as the information on the webpage is really bad. They just have a Facebook site. That is all.

The band is playing gigs though and that is a good sign.

Their music is what I can call modern neo-prog. The vocals are in English and the sound is very contemporary.

There is a lot of mainstream rock here too. But the music is progressive rock throughout.
Porcupine Tree is a vague reference here and so is Pink Floyd.

The music on this fifty minutes long album is both keyboards and guitars dominated with a lot of electronic wizardry too. There is a lot of vocal harmonies here too.

The music is dynamic and pretty hard at times. It is pretty good too but it does not have that killer track this album really need. Some of the songs are a bit sub-standard too.

I am not entirely convinced by this album and gives it a fairly good rating.

Posted by Torodd Fuglesteg at 03:52
Email ThisBlogThis!Share to TwitterShare to FacebookShare to Pinterest