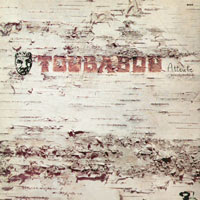 The one and only album from this band from Canada.

The band was a twelve piece big band with a lineup of drums, percussion, bass, guitars, trumpet, saxophone, flute, organ, piano and vocals.

Quebec has a lot of good bands and has had a strong scene since the beginning of the 1970s.

Toubabou is one of the more obscure bands from that era. Ditto for this forty minutes long album.

This is actually their second album as they debuted with a live album. An album I have yet to get.

The band, or make it a recording project, was made by a member of Harmonium.

The album starts with an African rhythm composition before jazz and some fusion takes over. There are also some prog here. Most of the album is pretty esoteric with some hints of zeuhl too.

The music is very much based on percussion and driven by mostly African percussion. There is also some fat organ pieces here who also drives the music forward.

The quality is decent enough and this is a good addition to any Quebec scene collection. And that is what it is. The music is not particular good. Nevertheless......