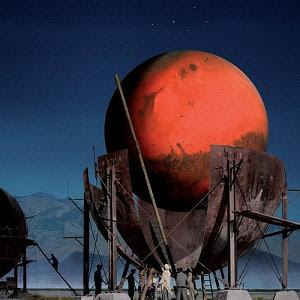 Moonshine Blast is a quartet with a lineup of guitars, keyboards, bass, drums and English vocals.

This hour gives us a mix of neo-prog and modern rock. There is also some pop music here.... a lot of it in fact. Add youthful college rock too and you get this album.

There are some clear Genesis influences on this album. An album which has a lot of melodic music and not much else.

The music is not particular technical and not rich on interesting details.

The vocals and the musicians does a good job. I have played this album a lot and I have yet to discover something good about it. The song writing, the art of good song writing is simply not here. This album leaves me cold and frustrated as I really want to say that this is another great French album. It is not.

This is a decent album but nothing more than that. Let loose the inspirations within you guys and write a good album next time around.


Posted by Torodd Fuglesteg at 10:32
Email ThisBlogThis!Share to TwitterShare to FacebookShare to Pinterest