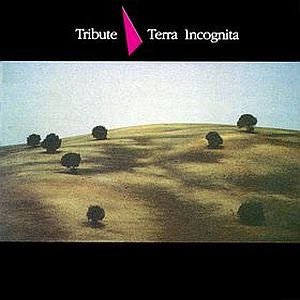 The third and final album from this Swedish band.

The band was a quartet with various vocals and acoustic instruments in the lineup. That and some synths too. There is a lot of guest musicians on this album who contributes with woodwinds and strings.

This album is in reality the solo album from the Tribute mainman Gideon Anderson. But he kept the band name for some reason. Just to sell more albums, I guess.

Tribute was always very influenced by Mike Oldfield. On his own, Gideon Anderson has really taken this influence as far it can go without really becoming a copycat.... although this album may be a Mike Oldfield copycat, some would argue. And it is his Crisis era most are referring to here.

Most of this album is very ambient with a lot of synths in addition to the more acoustic and electric guitars parts.

There is also a lot of acoustic guitars, woodwinds and strings too. Even an African choir and some female vocals. Vocals which works as sound effects and not proper vocals.

This album is very ambient and not particular interesting. There are some really good ambient music around. This album does not have any good music.

What we get here is forty-seven minutes of half decent music which works fine as a cure against insomnia. A couple of decent melodies saves this from being included in my exlusive collection of turkeys. But this album will never grace my ears again.


Posted by Torodd Fuglesteg at 03:23
Email ThisBlogThis!Share to TwitterShare to FacebookShare to Pinterest