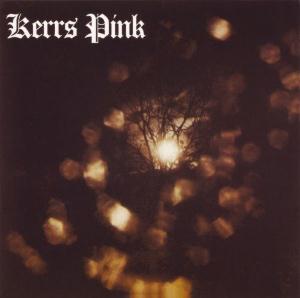 The band was a sextet with a lineup of mellotron, flutes, bass, guitars, drums, moog, organ and Norwegian male vocals.

I have heard about a potato species called kerrs pink. It was and probably still is a staple diet of all Norwegians. That is all I knew about kerrs pink before I heard about this band through ProgArchives many, many potato meals later...... nine years ago.

I have just purchased all their albums and will/has review/reviewed them this summer.

1980 was a barren year for progressive rock. In Norway, new-wave was the big thing. Kerrs Pink went against everything and released this album.

This album is very much based on the early bands in the Norwegian progressive rock scene. Bands who combined folk-rock with some progressive music. Jethro Tull meets Yes, that kind of music.

But Kerrs Pink has also done their own thing and moved closer towards the likes of Camel and Curved Air. That still with this Scandinavian sound.

The Norwegian vocals is exotic, even for a Norwegian like this reviewer. The music is also very melodic, but still with a big bite and a lot of substance. The flutes are good. The quality of the music not that good. But this is a debut album and well worth checking out. I think I will really like this band.

Posted by Torodd Fuglesteg at 06:25
Email ThisBlogThis!Share to TwitterShare to FacebookShare to Pinterest