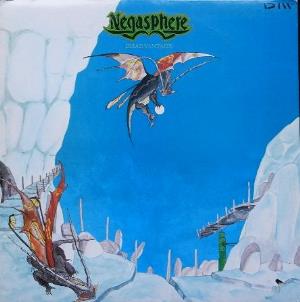 The band was a five piece big band with a lineup of guitars, bass, drums, synths, keyboards and vocals. English vocals.

I was not a big fan of their 1984 debut album Castle In The Air. A bit early Genesis, fusion and UK. Not so well done.

So the band has moved on a bit. The fusion is gone. In comes a lot of Saga influences and the 1980s sound. The early UK and Genesis influences are partly here too. But there is also a lot of early neo-prog on this album.

The drums are pretty bad throughout this album. The vocals are OK if shrieking Japanese vocals is not making you mad. I am getting used to them.

The music is pretty commercial throughout. Trying very hard to be commercial, that is. It is at times sailing very close to the New Romantics bands like for example Duran Duran.

This forty-eight minutes long album has some good stuff. But the wastebin drums are pretty annoying throughout and is spoiling whatever good there is on this album. The sound is not the best, in other words.

The end result is a decent to good album. An album which proves that this band was not the best Japanese prog rock band. But check out this album.


Posted by Torodd Fuglesteg at 11:52
Email ThisBlogThis!Share to TwitterShare to FacebookShare to Pinterest