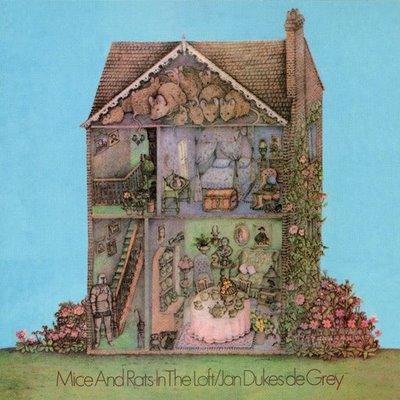 The band was a trio with a lineup of saxophone, flutes, tabla, drums, percussions, clarinet, guitar, trumpet, trombone and vocals. There is also a hired in symphony orchestra here.

The music here is acid folk music. No less and no more.

This forty minutes long album is divided into three songs. Sun Symphonica, Call Of The Wild and the title track. All of them has a lot of avant-garde psychedelia and some jazzy stuff. Acid prog in other words.

There is not much structures here and the album has this feeling of a jam album. The woodwinds makes this album quite an experience. I can understand why it did not sell that much back in those days. These days, there are a lot of bands in this genre.

The album, and the debut album, was released well ahead of it's time in other words. And it is not an easy access album. But there are methods in this madness. There is a lot of good stuff going on here on this album. A lot of hooks and a lot of interesting details.

The end result is a good album which deserve it's newfound status and celebrity. Check it out.

Posted by Torodd Fuglesteg at 06:13
Email ThisBlogThis!Share to TwitterShare to FacebookShare to Pinterest