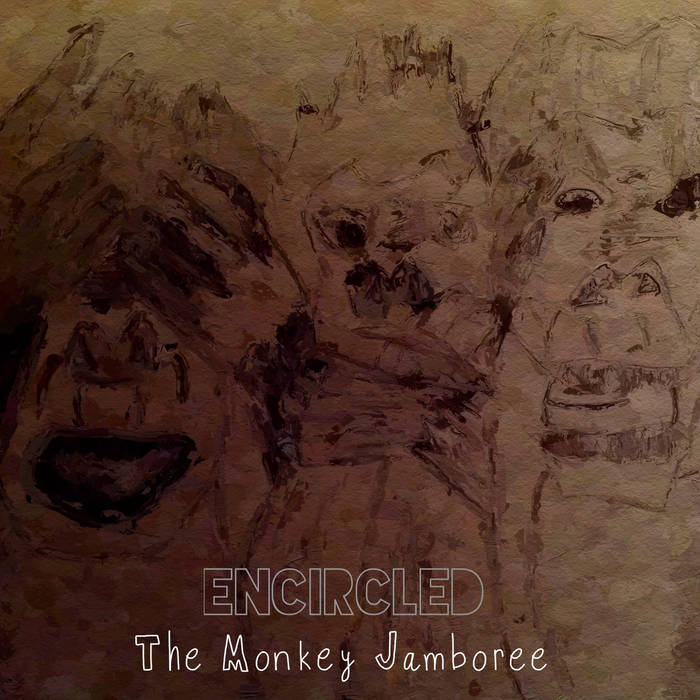 Encircled is a quartet from Stoke on Trent in England. Their lineup is bass, drums, keyboards, guitars and vocals. Male vocals.

I have not had the fortune of listening to their 2014 debut album The Gun Has Replaced The Handshake. But the motto for this band is "we do this for the love of progressive rock".

That is a great motto and I fully share that motto. I am though not sure if Encircled and I share the same view about what progressive rock is.

This album is fifty-five minutes long. It has seven rather short songs and one ten minutes plus long song clocking in at over sixteen minutes. The name of this song is Chasing The Ghost.

... And yes, we are again in the middle of neo-prog land. The album starts out pretty disappointing with the title track which comes across as a pop-rock song with a catchy chorus and not much anything else. Pretty poor stuff.

The album meander around the pop-rock and neo-prog light area for a while before it improves with the long song here, Chasing The Ghost. This piece of music is pretty good and the saving bacon for this album.

The end result is a decent to good album which simply does not do it for me. There is not enough details and enough quality here to really make me interested. A bit more of Chasing The Ghost and the band would become an interesting band.

Posted by Torodd Fuglesteg at 13:31
Email ThisBlogThis!Share to TwitterShare to FacebookShare to Pinterest