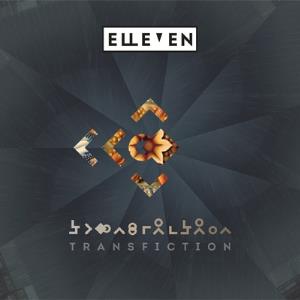 Elleven is a quintet with a lineup of guitars, keyboards, bass, drums, synths, organ, piano and female English vocals.

Their 2007 debut album Insight was a good album in the female fronted neo-prog genre. I do not know why the band took a break and returned eight years later with this album. Let us hope a new album is just around the corner.

The band has branched out a bit since their debut album which was in the neo-prog genre. Their guitars are a bit heavier and they have also incorporated rock and some prog metal in their music. The music has got a couple of more legs to stand on. Hence...

.. I think this album is pretty close to crossover prog these days.

Julia Graff does another very good job on the vocals and on her guitar. The rest of the band also does a good job. The music has a very contemporary feel with a good synth sound.

The music on this one hour long album is good throughout. It is not the most exciting album around. But fans of melodic crossover prog will like this album. And I do that. My gripe is the lack of any great tracks and the xtra spices this album would need to really become more exciting.

Posted by Torodd Fuglesteg at 11:53
Email ThisBlogThis!Share to TwitterShare to FacebookShare to Pinterest