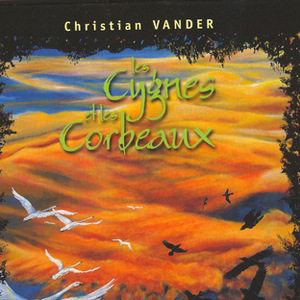 The sixth solo album from this French legend.

This album is a duo of Christian and Stella Vander, husband and wife. The lineup is piano, keyboards and lots of lots of vocals performed by both Stella, Christian and numerous other guest vocalists and choirs.

Both Christian and Stella Vander is off course leading members of Magma, this legendary zeuhl band. Christian Vander has been in Magma from the beginning while Stella has been a leading vocalist in the reformed Magma.

So we are getting a Magma album here with tonnes of drums and rhythms ?

There is no drums here and there is no machine or instruments driven rhythms here. This album is what you get if you strip down Magma to the bare vocals. And that takes a lot of efforts.

The end result is a zeuhl album. But not as we know it. The only reference I can come up with is Shub Niggurath. But this one hour long album is pretty unique. It is like zeuhl meets up with the choral music genre.

And it is a very touching album indeed. Not to mention an album which proves that zeuhl also works when stripped down to the bare essentials.

This is indeed an eye-opening album. There is no great tracks here. But most of the album is pretty fascinating and well worth checking out. Fans of Magma needs this album as much as a camel needs water once in a while.

This is indeed a very good album. Just when I thought I had heard everything, this album pops up.....

Posted by Torodd Fuglesteg at 08:30
Email ThisBlogThis!Share to TwitterShare to FacebookShare to Pinterest