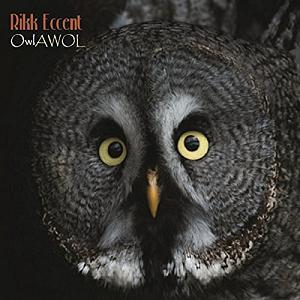 The second album from this Finnish band.

Rikk Eccent is a one man band with Kimmo Salmela playing drums, bass, keyboard, guitars and all vocals (English vocals) on this album. He has got some help from two others on bits and pieces.

I reviewed the 2013 debut album The Garden Of Delights in # 1 of this blog back in January 2014. An album I liked and rated as very good.

So I had high hopes for this album.

Kimmo Salmela is very much going down the classic rock route again. There are clear references to Bad Company again and numerous others classic rock bands.

A one man band is always lacking in artistic control as in two or more heads thinks better than one head. The playing here is also a bit sparse where Kimmo is not exactly doing fills and adding colours with the guitars, bass, drums and keyboards. The music is lacking a lot in the imagination field.

The classic rock genre is really good when it sounds and feel fresh. The debut album from Rikk Eccent is a good example.

The second album, the one I am now reviewing, does not feel fresh and full of energy. It sounds a bit stale to me. A lot lacking in imagination and good songs. This is a decent enough album. But just that. This is not an album for me. But I like the owl.

Posted by Torodd Fuglesteg at 12:08
Email ThisBlogThis!Share to TwitterShare to FacebookShare to Pinterest