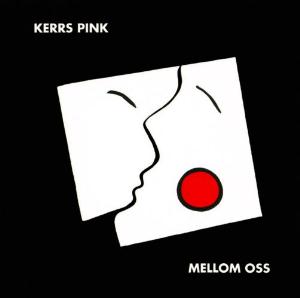 The band on the CD version I have got was a quartet with a lineup of guitars, flutes, bass, drums and Norwegian vocals. A female singer is adding some vocals on one track and another musician is adding some viola too.

The band was a bit unstable at this time so the people involved is different between the LP version and the re-recorded CD version. A bit strange, but I am sure the band had their reasons to do so. Good reasons.

I was not entirely impressed by their 1980 self-titled debut album. A bit woeful and lacking in quality. So the band tries again.......

This is a bit of a strange album. The Camel influences is still here. But you can also add some punk, reggae, pub rock, a lot of symphonic prog, some Norwegian/Scandinavian folk rock and a lot of what were later to be known as Scandinavian symphonic prog. This is some weird fifty-four minutes.

The big epic here is the seventeen minutes long Mens Tiden Forgår. A folk music and folk hymn/dirge tinged sort of symphonic prog. And it is a pretty anonymouse epic too. There are some very good guitars here, though.

The other tracks is also lacking a bit in quality. It is indeed a weird album. Melodic, but weird. The punk and reggae in the beginning of this album makes this an art-rock album.

The vocals are not that good. The guitars are really good and the band should build on them. I hope they have as I am about the review their remaining four albums too.

I am still not won over by these Norwegians and this album. I have tried, but I have failed. Hence my verdict.

Posted by Torodd Fuglesteg at 12:18
Email ThisBlogThis!Share to TwitterShare to FacebookShare to Pinterest