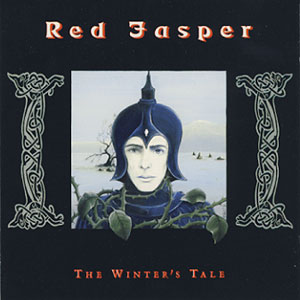 The band was a quintet on this album with a lineup of thin flute, mandolin, guitars, bass, drums, percussions, bodbran, keyboards and vocals.

I was very happy about my first ever meeting with the band, their second album A Midsummer Night's Dream from 1993. A good album, indeed.

Red Jasper has never really had their breakthrough. Which is a bit strange as they have released some albums with music somewhere between Jethro Tull and Marillion.

The band follows the same road as they set out on in the previous album, A Midsummer Night's Dream.

That means a good blend of neo-prog with some rock and a lot of folk rock. Even some folk music with the thin whistles and mandolin.

The sound is very comfortable and cosy on the ears. The vocals is really good here and the other members are doing a good job too. The only thing missing is a great piece of music or even a great song. That aside....

This is indeed a good album from a good, overlooked band.


Posted by Torodd Fuglesteg at 07:39
Email ThisBlogThis!Share to TwitterShare to FacebookShare to Pinterest