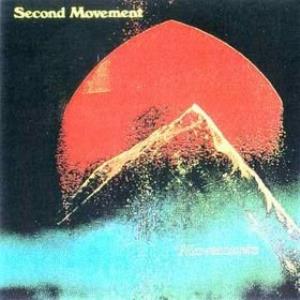 The second & final album from this German band.

The band was a quartet on this album with a lineup of synths, guitars, drums, keyboards, percussions and English vocals.

I had severe reservations about their 1976 debut album Blind Man's Mirror in my review earlier this month. And I was even less pleased when I learnt from other reviews that Movements was a synth rock album.

The rest of this forty minutes long album is not that catchy. But the band has set their sight on the booming German synth rock scene. Some guitars are the only thing that breaks up the synth fest.

The music is actually pretty organic too. Not all here is plastic fantastic. The songs still have some progressive elements. But not many.

The quality is bog standard and makes this album a bit of a test to both listen to and to review. Movements is still not a turkey as it has some rather decent stuff too. But it is sailing close to the turkey yard. Not every old prog rock album from Youtube deserves your attention.