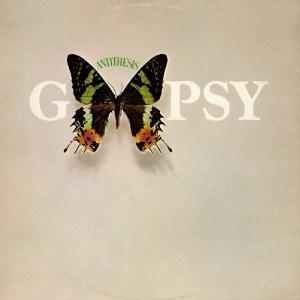 The band was a quintet on this album with a lineup of guitars, bass, keyboards, drums and vocals.

I pretty much liked their first two albums Gypsy (1970) and In The Garden (1971). Two albums with a mix of psychedelia and progressive rock. The album art-works was also epic.....

The band did not get that much success with those two albums. So what does an unsuccesful band do when not getting success as a psychedelia and progressive rock band ? They go for a commercial rock/pop sound.

Gypsy did that on this forty minutes long album. They joined an already overcrowded scene. I am not sure if they got any more commercial success with this album though.

Their sound still retains a cool west-coast sound who smells of flowers and sun. Not to mention; illegal substances. The music is not particular heavy and the vocals is pretty good.

There is a distinct lack in quality music on this album. This album falls a bit flat on it's face as it has not any of the charming features from their two first albums. Nevertheless, this is a decent album.

Posted by Torodd Fuglesteg at 04:05
Email ThisBlogThis!Share to TwitterShare to FacebookShare to Pinterest