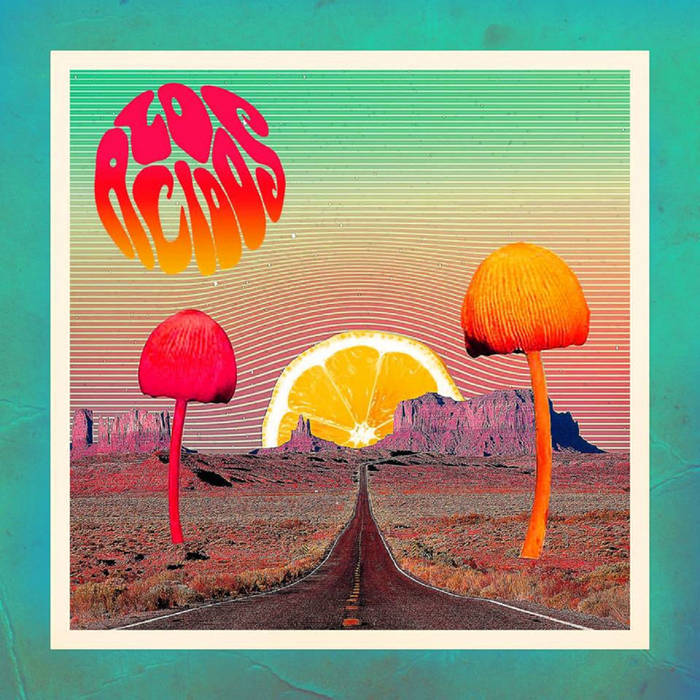 The debut album from this Argentine band.

Los Acidos was a quintet with a lineup of guitars, sitar, bass, drums, synths, percussion, drums and Spanish vocals.

The very colourful psychedelia cover art-work kind of gives the game away. It screams "psych rock" at you.

Which is pretty correct. There is a lot of krautrock in their music too. But this is psychedelic rock with a lot of space and stoner rock influences too. Even the Rubber Soul and Revolver albums from The Beatles has clearly been a major influence for this band.

The vocals are really good and I like the sound too.

The music is as weird as I expected from a psych rock and krautrock album with Spanish vocals and coming from Argentina. This scene down there is pretty weird....

This forty minutes long album is not shaming this scene. The music is good throughout and is a treat for everyone into psych rock. I am not a big fan of this genre. But this album is a good album and is making me smile like a cat who has just been fed.

Posted by Torodd Fuglesteg at 01:10
Email ThisBlogThis!Share to TwitterShare to FacebookShare to Pinterest