Submarine Silence - Journey Through Mine (2016) 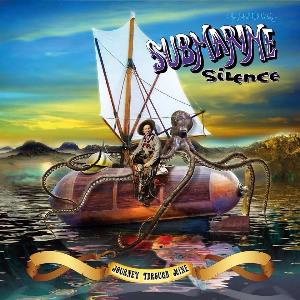 The band is a quartet with a lineup of guitars, keyboards, mellotrons, moog, piano, organs, bass, drums and English vocals.

I reviewed their 2001 self-titled debut album back in July 2011. An album I did not like at all.
Their 2013 album was therefore bypassed before I decided to dip my feet into the water again with this album, their third album.

There is no denying that this band is a side-project of Moongarden too.

The band is more than happy to go back to the glory 1970s on this album and to worship at the altar of the old, glorious Genesis albums.

There is hardly any RPI here. Well, there is none at all. This one hour long album is drenched in mellotron, acoustic guitars and good English vocals.

And the band has managed to get a very good album out of this. Well, the music is as original and innovative as an average rain shower. But the quality is still here and this is an album you must check out if those three Genesis albums is your thing. Hence my verdict on this album, reflecting one of my guilty pleasures.

Posted by Torodd Fuglesteg at 13:18
Email ThisBlogThis!Share to TwitterShare to FacebookShare to Pinterest