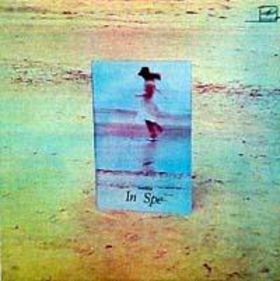 The second and final album from this Estonian band.

The band is listed as a nine piece band here with a lineup of keyboards, bass, drums, guitars, flute, typewriters (!!!), electronics and French horn.

I liked their self-titled 1983 debut album and reviewed it back in April 2014.

The band is still very much Mike Oldfield influenced. But there is also a lot of classic Russian and Estonian music here.

The addition of typewriter as an instrument is highly unusual. It is a first for my blog. But it is also a highly annoying instrument and one that is best not used in a music scene.

Most of the music here is classical music and ambient music. It is very pastoral too.

Tens of minutes of this is fulfilling my need for dull, unegaging music. That is the best part of this album.

Then we get some German keyboards nonsense with 1980s sound and added in cheering audience. It is a cringeworthy part of this album.

In short, this forty-three minutes long album is a turkey through and through. There is not much positive to be said about this album. If anything.

Posted by Torodd Fuglesteg at 12:16
Email ThisBlogThis!Share to TwitterShare to FacebookShare to Pinterest