I Am The Manic Whale - Everything Beautiful In Time (2015) 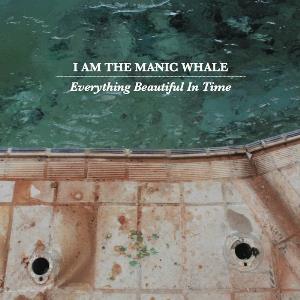 The band is a five piece band with a lineup of flute, keyboards, percussion, drums, bass, guitars and vocals.

I Am The Manic Whale comes from Reading, an hour west of London. I spent a night there (in 2000) after a job interview and did not like the place. The employer did not like me either so that was a lucky escape for both of us. But this town/city has a lot of good bands.

I have had this album for a long time and was meant to write this review one year ago. But I have had my problems with it.....

I was not sure what to make of it. But I am sure enough now to write a review although this is an album that still bewilders me....... Slightly....

The album starts out with a strong leaning towards Genesis and all the classic British symphonic prog bands from the 1970s. Then we get to the third song, the five minutes long Princess Strange who has some strange and very strong teenybopper and Blink 182 vibes. Both in the verse-chorus-verse structure and the lyrics. The final two minutes takes that song back to the prog rock scene again. A strange song and one I am no fan of. The first three minutes of it, that is.

The rest and the first two songs of this album is a mix of neo-prog and symphonic prog. The vocals is good and I am really enjoying these seventy-three minutes minus the abovementioned three minutes.

The album sounds a bit light and a bit light hearted. A bit teenybopper at times. But this is still a very good album with a lot of good guitar solos, melodies and details. Check out this album and band. Let us get more albums from this band.

Posted by Torodd Fuglesteg at 11:57
Email ThisBlogThis!Share to TwitterShare to FacebookShare to Pinterest