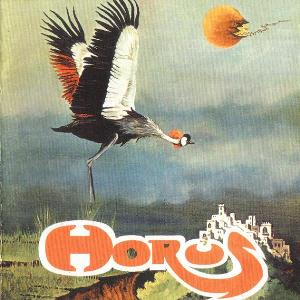 The band was a five piece band with a lineup of drums, guitars, keyboards, bass and Italian vocals.

This half an hour long album is a compilation of cobbled together tracks from 1978-79. Normally I avoid albums like this. But this is an Italian band and I love RPI. Hence this review....

There is one original track here with a good sound. The opening track Respiro which was also released as a single by the band. The only release from this band as a going concern. The band was long gone and history in 1993. Mellow Records spliced together this album from an old demo.

The sound is not the best here. But we can still hear the music and understand it.

The music is a bit of pastoral Italian symphonic prog (RPI), fusion and hard psychedelic prog. References are Eclat and Finnforest. But there is also strong and very easy to find references to Genesis here.

The vocals is really good and the band had a lot of good melody ideas. Ideas which reminds me a lot about Genesis.

But what we get here is decent enough to give it a decent rating. I am afraid this is the only sign of life we will ever hear from this band too. So enjoy it and take if for what it is.


Posted by Torodd Fuglesteg at 11:50
Email ThisBlogThis!Share to TwitterShare to FacebookShare to Pinterest