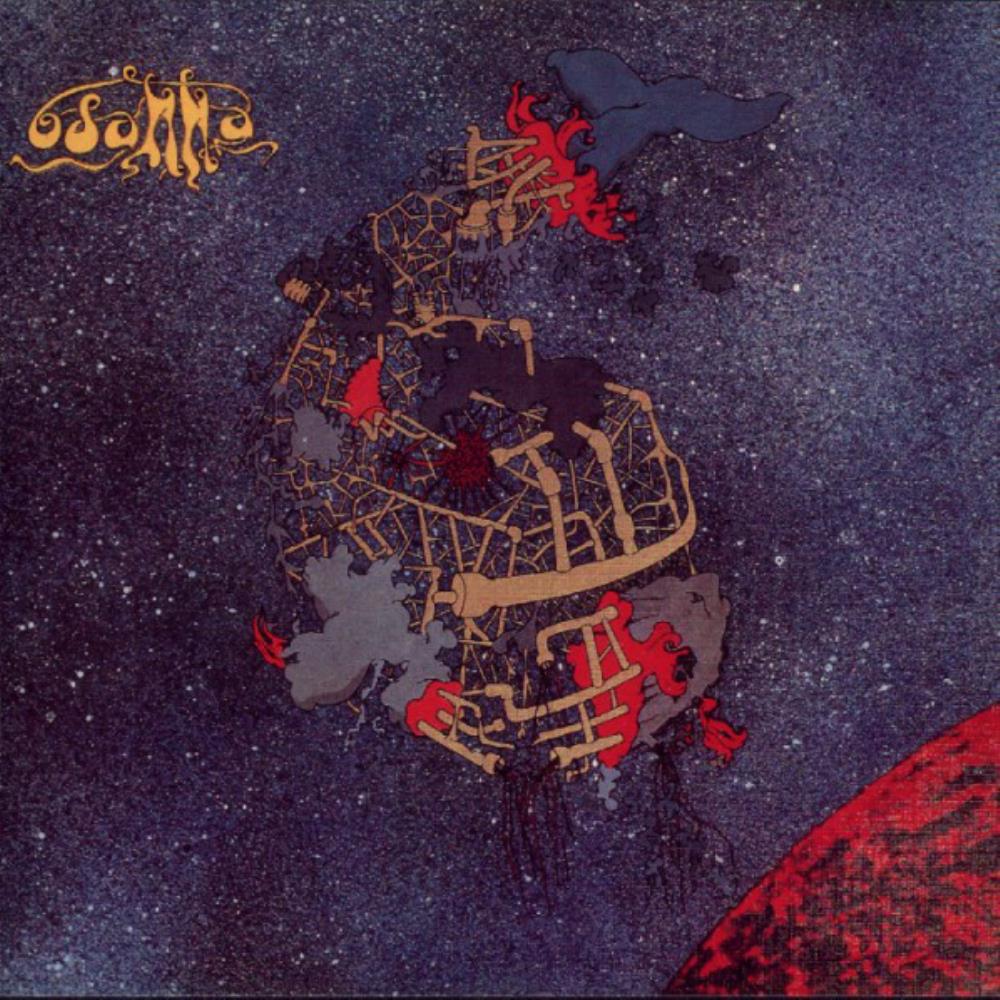 The band was a five piece big band with a lineup of flutes, bass, drums, percussions, keyboards, guitars, mellotron, saxophones, vibraphone and Italian and English vocals.

Osanna is a band I am having problems really getting on with. Their music, that is. My problems with their music has been expressed in my reviews of their previous albums. See the Alphabetical Review List of reviews to the right. I am not sure what this band really want in their music.

Their fourth album is a bit more accessible Italian progressive rock album than their previous three albums. The band has focused on more than ten things on this album.

The music is a lot more focused and a lot more melodic than I am used to from this band. The saxophone, mellotron and the guitars are still here and adds a lot of quality. The band sounds as dark as Van Der Graaf Generator and half as avant-garde as Area at times. But most of the songs here are melodic.

This constant switch between English and Italian vocals is a bit a annoying. I would prefer them to stay with their Italian mothertongue. Then again, the title track is a good song.

The big, massive letdown is the sound. Something I cannot overlook when deciding on the points and final opinion on this album.