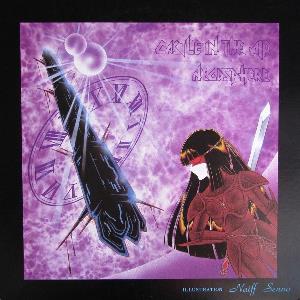 The band was a five piece big band with a lineup of guitars, bass, drums, keyboards, organ, synths and English vocals.

The band was Kawasaki Kaoru's band and the band released two albums before splitting up. The band is not among the highest rated Japanese symphonic bands. But I still wanted to give their two albums a go in this blog.

Symphonic prog it is. Take the more mellow parts of Peter Gabriel era Genesis, add some ELP and a lot of UK too. On the top of this, add a lot of fusion too. Allan Holdsworth is a good reference here.

The band is unmistakenly Japanese in their sound and vocals. The vocals is thin, but not too bad. They remind me about the vocalist in Pendragon.

The band did not use the best studio when recording this album. The sound is pretty bad throughout. But the material still shines through on this album. Thirty-eight minutes of not too bad material.

With a lot better sound, this could have been a good album. This album is still worth checking out.

Posted by Torodd Fuglesteg at 10:57
Email ThisBlogThis!Share to TwitterShare to FacebookShare to Pinterest