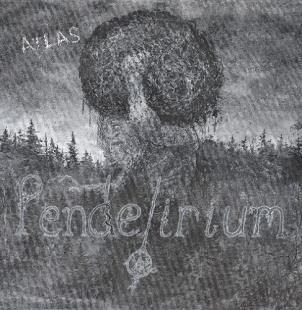 The band is a trio with a lineup of bass, drums, keyboards, guitars and vocals. Both male and female vocals.

I know next to nothing about this band other than the trio all have Amlie as surname. That means Katrine, Petter and Kristian Amlie. OK, Katrine and Kristian are siblings.

The band is from Oslo and they have been together since 2008 as a band. My guess is that they have been sharing a house with their parent(s) far longer than that.

The music here is soft, soft progressive rock. The band can be compared a bit to The Corrs. But they can also be compared to the female fronted prog rock bands around. Mostly Autumn and Iona springs to mind. Katrine Amlie has an excellent voice and one of the best ones I have heard from a Norwegian vocalist.

The music on this one hour long album is pretty progressive. It also has a lot of pop too. Not the bubblegum teenybopper form of pop. But much more mature pop for the more older generation...... from the mid 20s and older.

The music is pastoral and very elegant at times. It is typical trio stuff. And the Amlies knows this format and plays on it's strenghts. There are a lot of good details here which makes even a proghead like myself a bit happy.

This is a good album who deserve a lot more respect and attention from progheads and others. Check it out.

Posted by Torodd Fuglesteg at 09:53
Email ThisBlogThis!Share to TwitterShare to FacebookShare to Pinterest