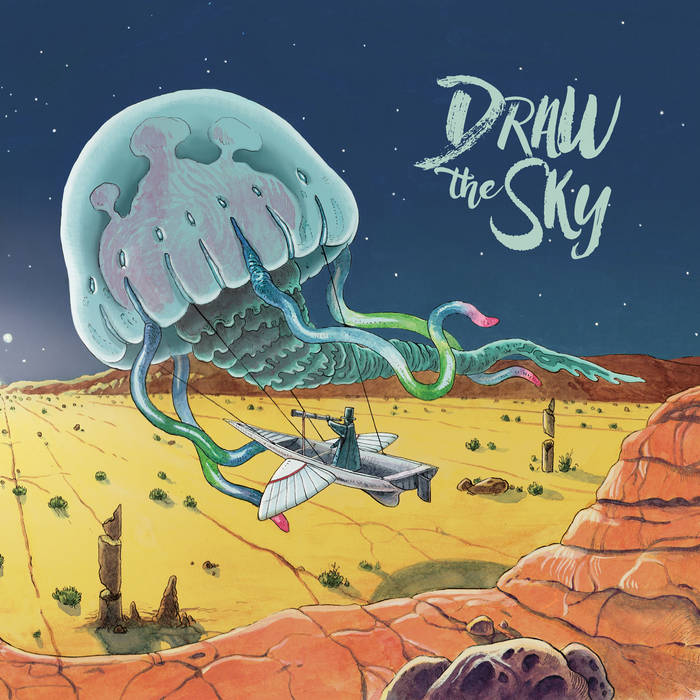 Draw The Sky is a quintet with a lineup of bass, drums, saxophone, guitars and keyboards.

I know next to nothing about this band. But I have noted that they are gigging a lot around Europe. Mostly at jazz clubs. This album can be purchased from their Bandcamp site.

....Which brings me over to trying to describe this album. Even labelling their music.

The music here is fusion with a strong jazz influence. There is indeed a lot of progressive rock here too. The more jazzy bands from the Canterbury scene springs to mind. The likes of Gilgamesh.

The music is very melodic and slightly quirky. Oh yeah, there is most definate strong progressive rock influences here.

The saxophone is the most dominating instrument here. But there is also some good guitar solos here and some good keyboards solos too.

This album is just over one hour long and showcases a very good band and a good album. It is not the most exciting album around. But fans of fusion and the Canterbury scene should check out this album and this band.

Posted by Torodd Fuglesteg at 02:56
Email ThisBlogThis!Share to TwitterShare to FacebookShare to Pinterest