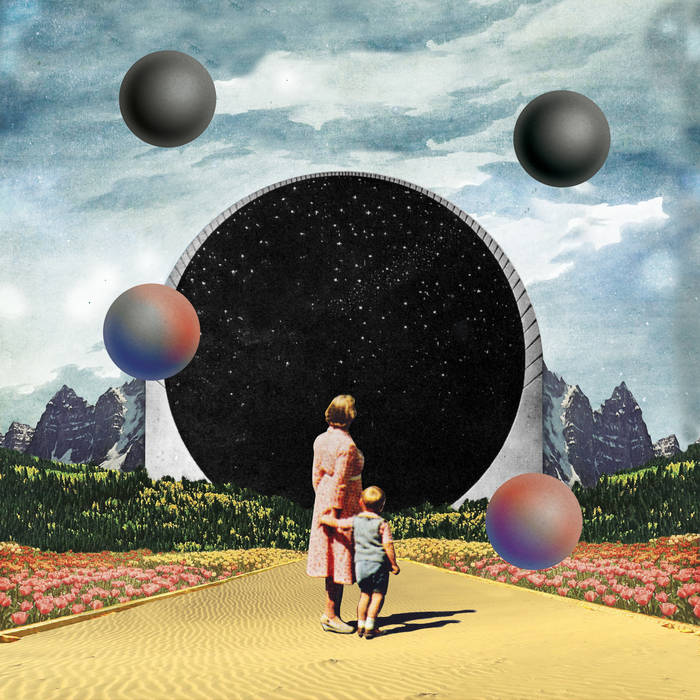 Paradise is a quartet with a a lineup of guitars, keyboards, bass, drums and vocals. Both male and female vocals.
This album has been produced and mastered by no less than Ron Nevison. This after two rather unremarkable albums from 2012 and 2014. All their albums released on Bandcamp.

This band is run by Mr and Mrs Berk and it is based in Portland. This town/city is just south of the slightly more known town/city of Seattle in Oregon. We are on the west coast of USA, up towards Canada.

The band has described this album as a homage and a tribute to the 1970s progressive rock scene. To albums like The Wall, Tale Of Topographic Ocean and so forth. Ron Nevison did Tommy and Physical Graffiti, their Bandcamp page says.

Paradise has a background as a college rock and garage rock band. That shines a bit through now and then. But to be fair, this album sounds like an album from British female fronted bands like Touchstone and their side projects.

That means slightly hard prog with female and male vocals. That also means some pretty commercial melodies with a lot of references to the 1970s. Even to the likes of Alice Cooper.

The quality is OK on this forty minutes long album. This though is another one of those albums who is almost good and almost there. But the quality is not there. It is still worth checking out.

Posted by Torodd Fuglesteg at 07:05
Email ThisBlogThis!Share to TwitterShare to FacebookShare to Pinterest