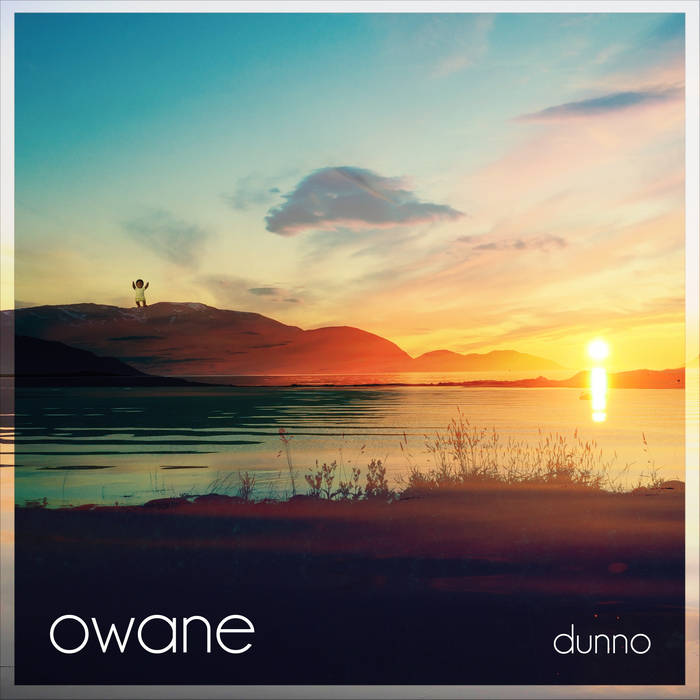 Owane is a duo with Owane who plays guitars, bass and synths. Marci does the drums.

The album was recorded in Poland and I have seen some pictures of the recording on their Facebook site. I also believe the band is from Northern Norway, from one of the islands up there.

The band, Owane himself I guess, describes themselves as "alternative progressive rock jazz fusion pop". Which is not too far off the mark. Add some TV and movie soundtrack music too and you get my drift.

Fusion and guitar hero rock is perhaps the right labels here. Owane is a guitarist and the music is created on and around his guitar licks. There is also a lot of synths here. Actually, the cover artwork pretty much describe this music.

....Which means dreamy, instrumental fusion with guitars and synths.

The music is not the most interesting or exciting around. The guitars are good. The music a bit anonymous.

This half an hour long album is an OK soundtrack to whatever you fancy. Taking a train to Vladivostock or doing some urgent house-cleaning. Besides of that....


Posted by Torodd Fuglesteg at 05:18
Email ThisBlogThis!Share to TwitterShare to FacebookShare to Pinterest