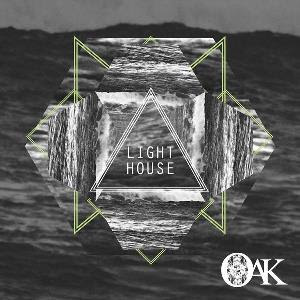 Oak is a quartet with a lineup of guitars, programming, drums, bass, keyboards, percussions and vocals.

This album was digitally released in 2013 and released on CD through the Norwegian label Appolon Records in 2016. I am reviewing the 2013 release. But I am pretty sure the 2016 version offers the best value for money.

Oak is based in Oslo and is a new band on the Norwegian progressive rock scene (and heaven). I hope we will hear a lot more from them in the future.

The band's progressive rock is a mix of Gazpacho and Porcupine Tree. Well, that is a simplified description of their music. But fans of both bands should sit up and take notice of this album & band.

The music is pretty laidback throughout on this fifty minutes long album. The vocals are really good and they are supported by a nice mix of guitars, piano, keyboards and programmed in mood sounds. The piano is very good here. Ditto for the understated guitars, bass and drums.

The end result is a solid, good album which adds a lot of value to the Norwegian progressive rock scene. Check it out.