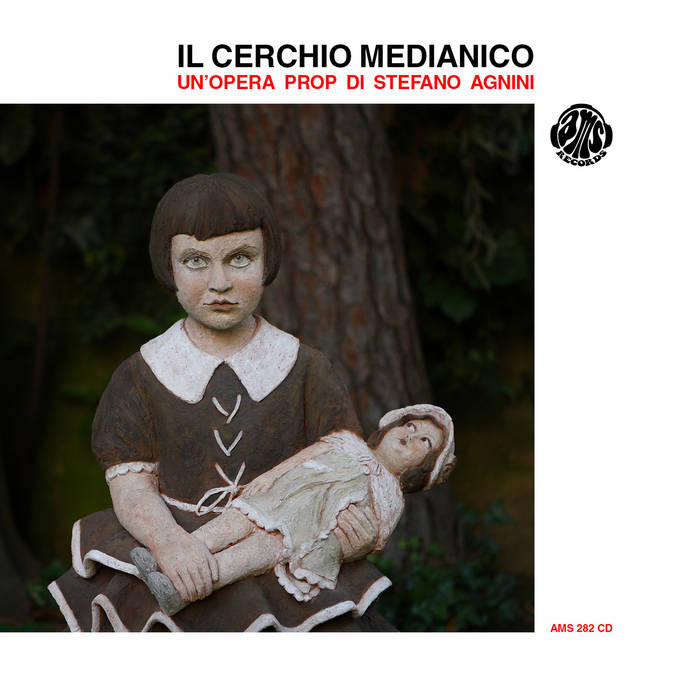 The debut album from this band.

Il Cerchio Medianico is a project from Stefano Agnini who is also involved in La Curva Di Lesmo and La Coscienza Di Zeno.
He has got help from the likes of Boris Savoldelli, Fabio Zuffanti, Luca Scherani, Stefano Lupo Galifi and some other Italian musicians on this album.
The instrument used is synths, bass, drums, guitars and Italian vocals.

I am not entirely sure what this album is all about. It is an opera but my lack of Italian does not tell me much. I just goes by the names of those involved and that makes this album very interesting to me..... On paper at least.

The cover art tells already gives me a forewarning that this is perhaps not the most sane and happy music around. Not to mention the story here in this opera. The opera is a bit grotty gothic at times.

And the art-work above is right.

The music here is basically pretty folky and dark Italian progressive rock. There are a lot of Frank Zappa influences here and some pop and funk too.

This album is a bit strange. Unfortunate, it does not have any great music. There is some good music here though and this is an interesting album because the music is plainly odd and strange.

It is also a brave album which does not follow the trend. So I would say it is a pretty good album with some great vocals. Hence my verdict.


Posted by Torodd Fuglesteg at 07:42
Email ThisBlogThis!Share to TwitterShare to FacebookShare to Pinterest