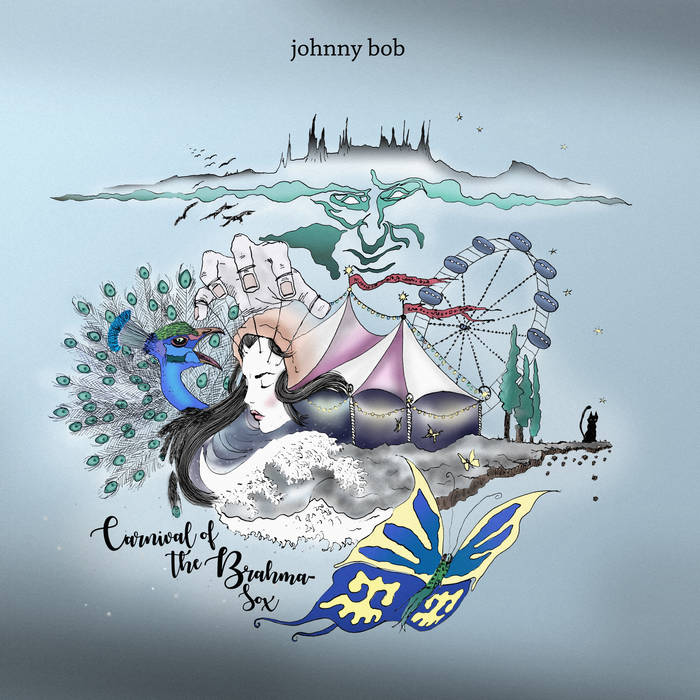 Johnny Bob is a quintet with a lineup of guitars, bass, drums, keyboards and vocals.

This band was totally unknown to me until someone pointed me towards their direction and told me they were a talented bunch.

That was a great tip-off.

Johnny Bob sounds like some young people having great fun with melodic progressive rock. The sound is very youthful, indeed.

The music is a mix of neo-prog and art-rock from both Germany and USA. The band has listed Marillion as one band they would like to be compared to. Which is a right label. I would also add some hints of Rush, German neo-prog and some college rock to this label too.

There is a lot more to their music than just Marillion and neo-prog. This album is very arty and still very melodic. There is a freshness in their sound which feels like a cooling down breeze on a too hot summer day.

The guitars, keyboards and in particular the vocals is really cool here. The songs are actually very good and there is even some long songs on this fifty minutes long album. An album with a high x-factor.

This is one of the best albums from 2017 and one I really like. The band is recording a new album now and I am really looking forward to that album.


Posted by Torodd Fuglesteg at 03:16
Email ThisBlogThis!Share to TwitterShare to FacebookShare to Pinterest