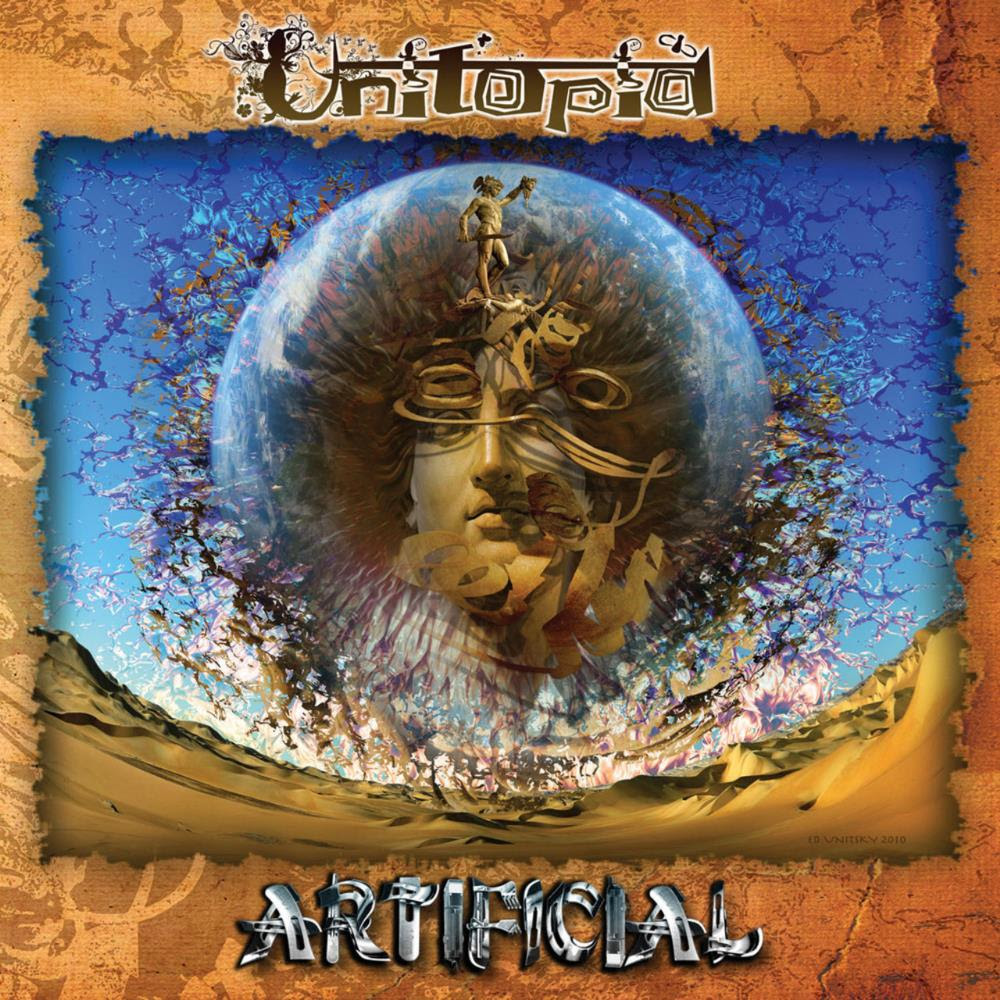 The third album from this Australian band.

Unitopia was a seven piece big band on this album with a lineup of guitars, mandolin, saxophones, bass, drums, bells and vocals.
They had help from three other musicians, including Ed Unitsky (who also did the artwork), who provided spoken words, flute and piccolo trumpet.

I have reviewed their first two albums earlier this winter and you can find these reviews here and here. I will bypass their fourth and final album as this is a cover versions album. The types of albums I find pretty meaningless.

Unitopia has on their previous two albums delivered some good neo-prog. Not great music, but still steady, good music.

The band continues down the neo-prog path on this album. They have expanded a bit to include large chunks of symphonic prog too in their music.

The album starts though with a big wink to The Beatles and my hopes went pretty high. The song Artificial World is a very good song. That song is a flash in the pan though. There are a lot of The Tangent influences throughout this album though.

The rest of this seventy minutes long album delivers some good neo-prog with very good vocals. Not all the songs are good. But this is still a respectable album though.


Posted by Torodd Fuglesteg at 02:57
Email ThisBlogThis!Share to TwitterShare to FacebookShare to Pinterest