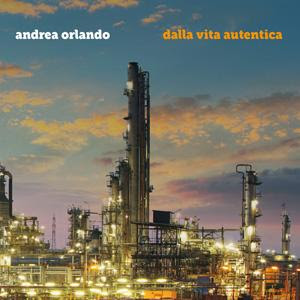 The debut album from this Italian musician.

Andrea Orlando is the drummer in Hostsonaten, Finisterre and La Coscienza di Zeno. He plays the drums and percussions on this album.
He has got help from other bandmates and members of Ubi Major who provides guitars, bass, cello, violin, trombone, keyboards, piano, synths, viola and Italian vocals. Both male and female vocals.

This album tells you everything about how alive the Italian prog rock scene is anno 2017 and post millenium. Here Andrea Orlando did a great jobs in the background on drums before he finds out he has enough of his own material to make a solo album.

I am impressed by this scene. A scene who has a lot of albums I have yet to hear and which I will try to review in the next weeks.

The music on this album is very flowery classic Italian symphonic prog with lots of acoustic instruments and great vocals. The addition of the trombone adds some extra spice. An already spicy album.

This album is fifty minutes long and that is not a second too long. The complex sixteen minutes long title track is the best track on a very good album. An album all RPI fans must check out.

3.5 points
Posted by Torodd Fuglesteg at 03:35
Email ThisBlogThis!Share to TwitterShare to FacebookShare to Pinterest