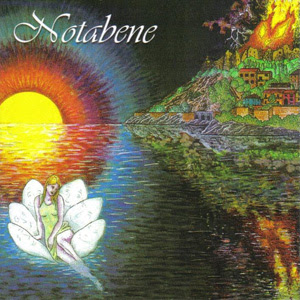 Notebene is one of those Italian bands from the 1990s who arrived slightly before Rock Progressive Italiano (RPI) became popular again. It is down to archeologists, like myself and likeminded men and women, to dig up and give attention to these bands and their albums.

Then something strange happens......... We get some chamber folk rock, chamber rock and some very jazzy symphonic prog. The trumpet adds a lot of weirdness to this album.

There is some Area resting over this album and there is a lot of Banco too resting on this album. I am intrigued to say at least.

The music is not great. But this fifty-four minutes long album, which includes a hidden track at the end, is still a good album and I have duly noted their name. Notabene deserves a lot more attention.